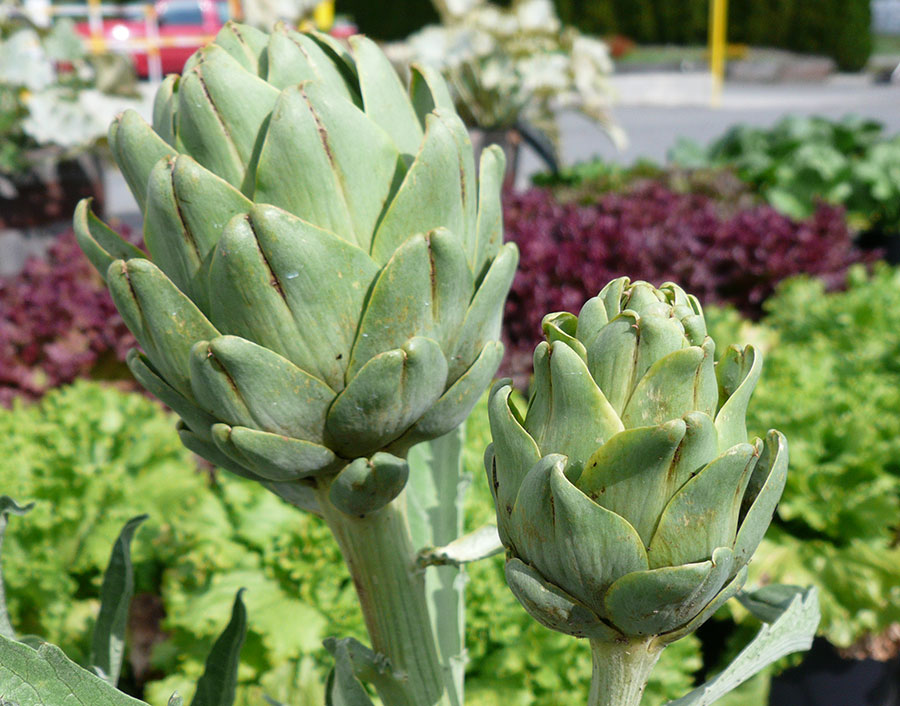 Native to the Mediterranean, the artichoke has been cultivated since the days of the ancient Greeks and Romans.   It was first introduced to California by Spanish explorers, later by Italian farmers who settled along the central California coast.  Today, the majority of artichokes eaten in Canada and the United States are grown in the coastal town of Castroville, California – Artichoke Capital of the World.

The stems and leaves of artichokes are tasteful, but it is the bud that is prized. Silvery-green foliage, unusual flower stalks, and attractive thistle-like lavender flowers make globe artichokes a fine architectural addition to an ornamental flower garden as well as the vegetable garden. Artichokes are cool season plants and are excellent companions to asparagus, corn, and tarragon. 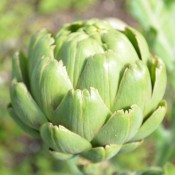 The thornless Imperial Star produces 4.5″ (11cm) sweet, mild artichokes the first year from mid-summer through fall. The round chokes are easy to harvest and mature at a pace so you have a long harvesting window. The grey/green-foliaged plants can be planted in your ornamental garden.