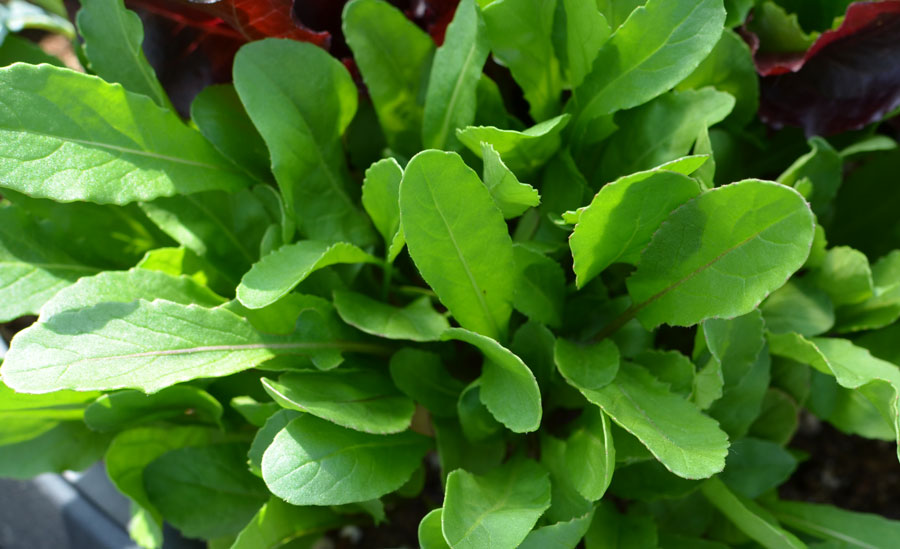 Native to the Mediterranean, arugula has been cultivated since the days of the ancient Romans. It was grown as an edible herb but is also mentioned by several classical authors as an aphrodisiac. For this reason, arugula was forbidden to grow in monasteries during the Middle Ages. Although introduced to the Americas by early British colonists, the popularity of this member of the cabbage family did not spike until recent decades as more health-related benefits were revealed.

This dark green salad leaf boasts a wide assortment of beneficial properties. In addition to its low-calorie count, it contains many phytochemicals, anti-oxidants, vitamins, and minerals that have been shown to fight cancer and free radicals, as well as support a strong immune system. And it tastes great!

Arugula has a mustardy, peppery flavour reminiscent of watercress. This sharp bite serves as a great palate cleanser next to any rich dish making arugula an excellent complement to cheeses, pastas, and nuts.

Arugula is best grown in cool, moist, well-drained soil with light shade during the hottest times. Higher temperatures tend to produce leaves with a slightly bitter taste. Arugula is easy to grow and very quick to mature. Companion plants of arugula include beets, cucumber, dill, lettuce, and nasturtiums. 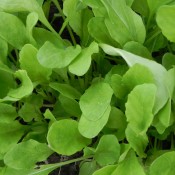 Adagio is a variety highly sought after for its uniformity, excellent bolt tolerance and extended harvest period. It is a quick and easy cool-season crop best suited for early spring and fall planting. Adagio can be grown for baby leaf production so it’s perfect for container growing. This easy to grow edible produces deep green… Read more »

“Watching something grow is good for morale — it helps you believe in life.”