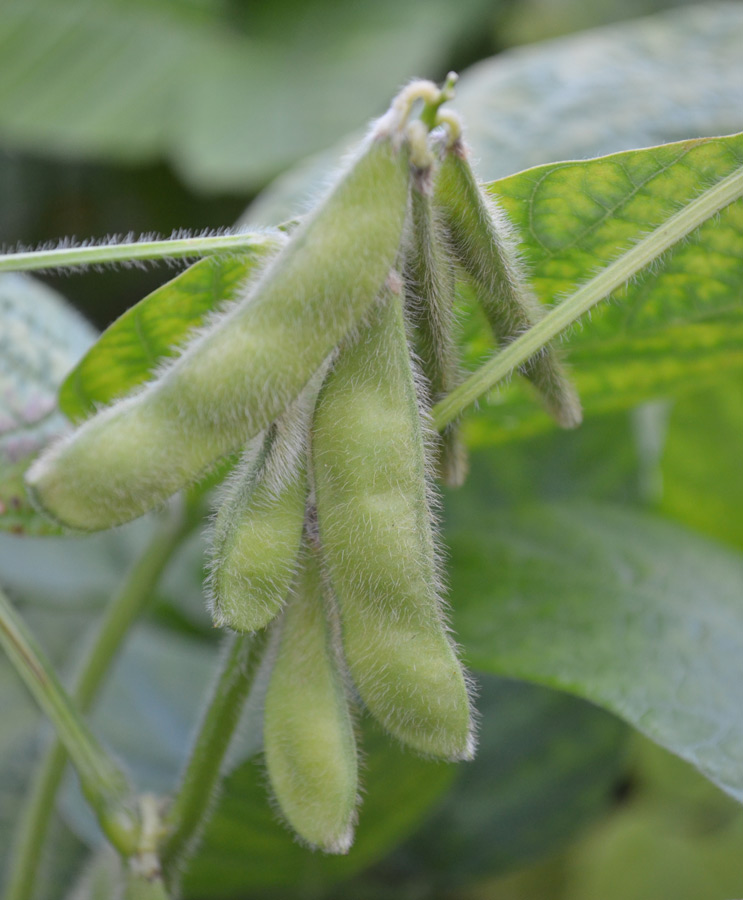 Edible soybean, called Edamame in Japan and Mao Dou in China, is grown mainly to harvest the young green-shelled beans for vegetable uses, and not for the matured soybean crops. Most commonly served as an appetizer, the whole pod is steamed or boiled for 3 to 5 minutes until bright green. Then they are drained and while still warm, tossed with salt (preferably kosher or sea salt). The somewhat fuzzy pods contain plump green beans that when you squeeze or bite the bottom of the pod, the beans just pop out. They are fun to eat and are a nutritious alternative to peanuts for snacking. In general, grow soybeans as you would bush beans. Bush beans will usually have few problems, as long as they are planted in fertile soil and cared for properly. They produce a taproot, so they are drought tolerant. Soybeans tend to be pest free and have little disease problems.

Suggested companion plants for edamame include corn, cucumbers, potatoes, strawberries, and celery. Edamame is best planted away from any plants in the onion family, such as garlic and onions.

To eat, squeeze or bite the bottom of the pod, which will pop out the bean. With their buttery-fresh flavour and crisp-tender texture, edamame can become as addictive as a bowl of peanuts.

Important Note: do not eat edamame raw! Uncooked soybeans contain trypsin inhibitors which are toxic to humans (and chickens and pigs), 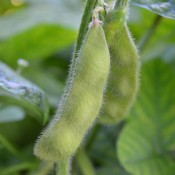 Lucky Lion variety is prized for its high yields, high quality and excellent nutty taste. It has a crisp texture and is buttery rich in flavour. There are generally three beans per each vivid green pod. Lucky Lion is mid-early maturing and should be staked because of its prolific yields. All pods should be harvested… Read more »

“There are always flowers for those who want to see them.”