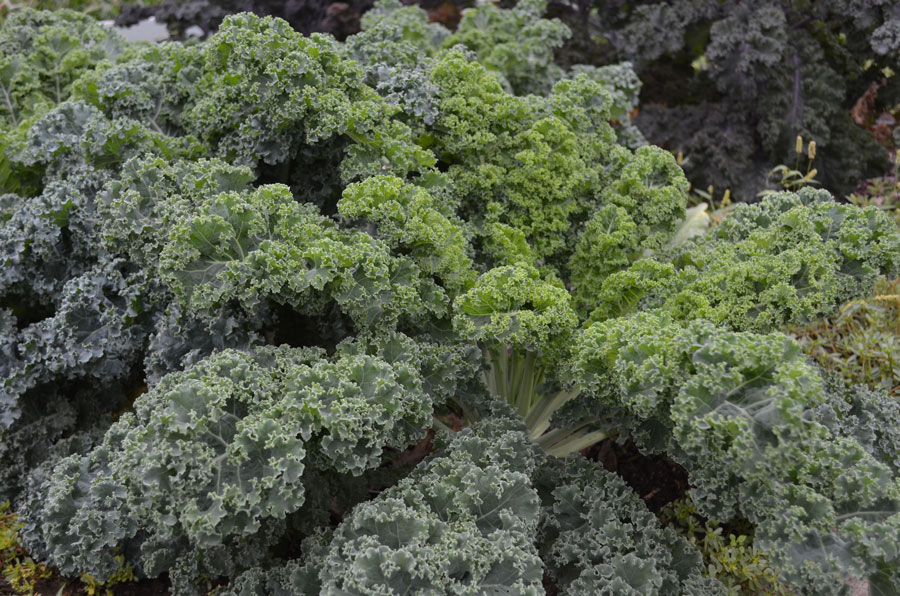 Kale is thought to be one of the first cultivated brassicas, some 2000 years ago. It was the most widely eaten green vegetable in much of Europe until the Middle Ages. Colewort, its wild ancestor, still grows along the coasts of western Europe. Kale has been particularly important in colder regions due to its resistance to frost. In nineteenth century Scotland, “kail” was used as a generic term for ‘dinner’ and then as time passed, eventually the vegetable was given its name.

Most kales have thick stems and robust leaves that do not form a head. The distinctive earthy flavour goes well with pork or bacon and the leaves can be substituted in almost any cabbage recipe. The young leaves can be used in salad.

Kale makes a striking addition to beds and borders where the foliage creates a good backdrop for plants with brightly coloured flowers. Kale is the easiest of all brassicas to grow because it is very hardy and it tolerates adverse conditions. It can withstand cold temperatures and its sugar content increases due to the exposure of frost. Plants thrive best in full sun and rich, well-drained soil with a neutral pH.

Companion plants for kale include beets, cucumber, swiss chard, lettuce, and spinach. Also, chamomile, garlic, and dill are known to improve growth, health, and flavour of kale making them great companions. Do not plant kale with tomatoes or kohlrabi because they will stunt each other’s growth. 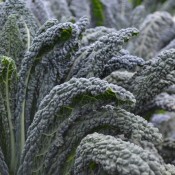 A most attractive and elegant addition to the ornamental vegetable garden. This stunning, pre-historic looking kale (hence the name “dinosaur”) has long, savoyed leaves that shoot from the central stem like the plumes of an ostrich. It is highly resilient to growing and temperature conditions making it a breeze to grow. This lacinato type of… Read more » 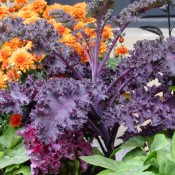 This beautiful finely curled dark mahogany purple kale is vigorous and extremely cold resistant. It can be harvestable over a long period – snip leaves from the bottom of the plant as needed. Redbor adds striking colour to salads and has a nice mild taste. After frost, the leaves get even darker and sweeter in… Read more » 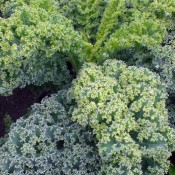 Vates Blue Curled, a Scottish dwarf type of kale, is one of the most dependable and flavourful varieties. The narrow leaflets are blue-green and finely curled. Vates Blue Curled is tolerant of both cold and hot temperature extremes – slow to bolt and withstands yellowing in cold weather. The leaves are tender and sweet after a… Read more »

“A garden is a thing of beauty and a job forever.”