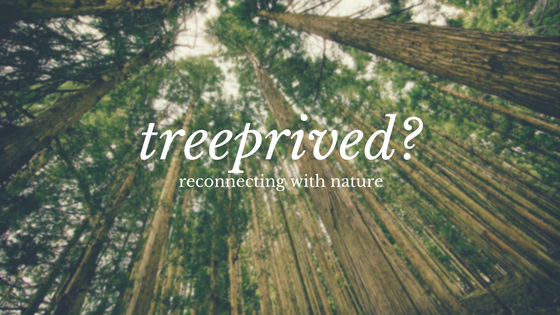 For millions of years, humans have grown and evolved outdoors. We thrived surrounded by greenery. But as urbanization grows and technology develops, we’re seeing a growing disconnect between us and nature. It is estimated that we spend more than 90% of our time indoors. Treeprived. Nature-deficit disorder. Whatever you call it, it is steadily becoming more prevalent. But we can change. Not necessarily everyone else, but ourselves at least. Now is the time.

We can all stand to gain from more time in nature.

Nature has been linked to many positive health benefits, such as reducing mental fatigue. Sunlight and fresh air play a large part in the mood boosting effect of nature. Sun exposure increases the brain’s release of the serotonin, a molecule that helps relay messages from one area of the brain to another. Serotonin levels are also affected by the amount of oxygen you inhale. It is commonly believed that serotonin contributes to feelings of well-being and happiness. Regular immersion in nature has been shown to reduce blood pressure, anxiety, and even boost immunity.

The month of May is the time of the annual 30×30 Challenge. We are to strive to spend at least 30 minutes in nature every day for 30 days. Changes start small. But small changes can make all the difference. According to psychological research, it takes roughly 66 days to fully form a habit. By completing the 30×30 Challenge you are nearly halfway there.